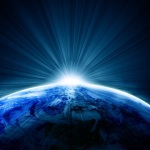 As I continue through my rediscovery of the teachings of Jesus, Inevitably, some of the things I write may contrast what you have typically heard in church on a Sunday morning. Many have (with good intentions) unintentionally watered-down the message of what it means to follow Jesus to a nearly unrecognizable state. As a result, many of the lifestyle practices to which I refer may seem completely foreign. As I work my way through parts of Isaiah 58, I’ll try to dispel myths and just plain bad/manipulative theology that commonly appear in Christianity. Remember as you read this what I covered in the first post of ‘[re]Defining Faith’: a component of faith is ‘action,’ taking a step to follow through on your belief.

Isaiah 58 is one of my absolute favorite pieces of scripture. This one chapter sums up much of what it means to live as a follower of Jesus… thousands of years before he stepped foot on earth.


“…they seek me daily and delight to know my ways, as if they were a nation that did righteousness and did not forsake the judgment of their God; they ask of me righteous judgments; their delight to draw near to God.

‘Why have we fasted, and you see it not? Why have we humbled ourselves, and you take no knowledge of it?’

How many times have you heard someone ask this question or perhaps felt this way yourself? I have heard people say ‘I’ve prayed and sought after God’s will for my life, but it seems like nothing changes.’

Not to continue my disgust from my previous post about the ‘Word of Faith,’’Believe it receive it,’ and ‘name it claim it’ crowd, but scripture is pretty clear that their teachings are in complete contrast to the heart of the Father. This is precisely the reason for my intense anger toward anyone who falsely teaches people that if they ‘believe’ intensely enough, God will make their wildest dreams materialize… that’s absolute junk (a stronger, but less appropriate description came to mind). In fact, the exact same mindset existed in the days of Isaiah… and was harshly addressed. As I said, God makes His ‘will’ or direction blatantly clear, there’s not really a need for guessing… more on that later though. The next part of Isaiah 58 explains the use of religious practice for selfish desires as being worthless as far as God is concerned… a teaching echoed thousands of years later in 1 Timothy 6:5 ‘depraved in mind and deprived of truth, imagining that godliness is a means of gain.’ It seems that the disciples of Jesus found the concept as abhorrent as I do.

“Behold, in the day of your fast you seek your own pleasure, and oppress all your workers.

Behold, you fast only to quarrel and to fight and to hit with a wicked fist. Fasting like yours this day will not make your voice to be heard on high.

Is such the fast that I choose, a day for a person to humble himself? Is it to bow down his head like a reed, and to spread sackcloth and ashes under him? Will you call this a fast, and a day acceptable to the Lord?

The discipline of fasting serves two purposes, denying your body of comfort of eating and purification. Many religions teach this as a way of humbling yourself before God when seeking His will on a specific issue and as a way to practice self-control over the physical and tune in to the spiritual. So, the people admonished in this portion of Isaiah were willing to deprive themselves of food, water, and comforts for their own selfish desires… but still mistreat and ignore the needs of those around them. The purpose of prayer and fasting is for the individual to better align physically, mentally, and spiritually with the heart of God. Instead, they were desiring God to line up with their own will and desires.

“Is not this the fast that I choose: to loose the bonds of wickedness, to undo the straps of the yoke, to let the oppressed go free, and to break every yoke? Is it not to share your bread with the hungry and bring the homeless poor into your house; when you see the naked, to cover him, and not to hide yourself from your own flesh?

Now, this is where the conversation get awkward. Most people can handle rebuke, but sacrificing yourself and your stuff to take care of others? I can hear it now, ‘But they’re lazy!’ ‘They’re drug addicts,’ ‘They’re poor for a reason!’ ‘They’re so weird!’ ‘Surely you don’t want me to reward those people for making terrible choices!’

This is the point when Jesus would always lose followers… the point when he begins to call on the greatest among us to sacrifice for the least among us, when He says ‘If you have two coats, give one to the guy who’s sitting out in the cold with a t-shirt on’ or ‘Sell all you have and give it to the poor.’ It’s easy to be zealous for a faith that requires little commitment or requires little sacrifice… but that is not the faith that Jesus taught to those desiring to follow Him. The kind of faith where the most esteemed person is the one who is not the person on stage, not the person with great leadership skills, not the person with the coolest musical ability. Jesus taught that the most esteemed person in God’s eyes is the one who sees a person in need and comes to their rescue; sees someone suffering and relieves the cause. That is the person who will be protected, healed, rewarded, and counted as just by God.


“Then shall your light break forth like the dawn, and your healing shall spring up speedily; your righteousness shall go before you; the glory of the Lord shall be your rear guard. Then you shall call, and the Lord will answer; you shall cry, and he will say, ‘Here I am.’”

One more caveat is added here… keep in mind that ‘yoke’ is a representation of bondage or oppression. This next portion of scripture compares those who are enslaving others to those who engage in petty acts that cause division, such as ‘pointing of the finger’ (condemning another person) and ‘speaking wickedness’ (gossiping or ‘sharing’ negative information about another person). I really believe God sees injustice and division as a plague to be avoided and has little tolerance for those who enslave others physically or with their words.


“If you take away the yoke from your midst, the pointing of the finger, and speaking wickedness, if you pour yourself out for the hungry and satisfy the desire of the afflicted, then shall your light rise in the darkness and your gloom be as the noonday.

And the Lord will guide you continually and satisfy your desire in scorched places and make your bones strong; and you shall be like a watered garden, like a spring of water, whose waters do not fail. And your ancient ruins shall be rebuilt; you shall raise up the foundations of many generations; you shall be called the repairer of the breach, the restorer of streets to dwell in.”

Jesus said that before following Him we must consider what it will cost us. He wasn’t offering us a cheap faith… the kind of ‘One time prayer’ faith that we see being taught in many churches today, where we can pray for forgiveness on Sunday and live however we like throughout the week. He said bluntly ‘This is going to cost you a lot, so think about it before deciding.’ It’s not an easy mindset to incorporate. Americans live in a ‘me’ world. Everything is centered around appealing to our own happiness and our own desires, sacrificing for another person is not a popular message in our culture. Frankly, most would probably rather watch T.V. all afternoon than spend that same time addressing the need of another person. This isn’t something you decide to go out and ‘do,’ but rather a lifestyle that you cultivate… treating others as yourself. Putting yourself in another person’s position and reacting as you would want them to react if they were in your place. Likely, living in such contrast will cause you to stand out of the crowd like a blazing sun in the middle of the night.
However, Jesus called his followers to be different… to go against the norm. A faith that allows the status quo… is simply not the faith that Jesus taught.