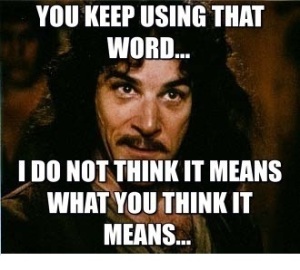 I waited a few days. Maybe interviews resulting from his recent comments would change the way I perceived his statements which I assumed were to get students worked up in excitement… I waited for the retraction… the “that’s not what I meant” response when questioned. It never came. I watched the video, because I thought it had to be taken out of context… nope.

Here’s the larger problem: Jerry Falwell Jr.’s comments are not out of place among those who claim to be Christians. All I need to do is browse my Facebook feed to reveal this troubling reality. The comments followed an emotional address about shootings that have taken place on college campuses. While his remarks are perfectly aligned politically with a majority of those adhering to conservative politics, much like the unbiblical remarks Pat Robertson routinely makes, they are unable to be reconciled with the teachings of Jesus.

It left me asking… wondering, “How can a person who is so well educated in the teachings of Jesus, be so wrong in their application?”

“If more good people had concealed-carry permits, then we could end those Muslims before they walked in and killed them.”

Then, after offering free concealed-carry training to students, he said:

“Let’s teach them a lesson if they ever show up here.”

(Here’s a link to the video: https://www.youtube.com/watch?v=zHmwD2VElyE)

Early Christians lived in a time where they were hunted down and executed for their faith… by their own country, not terrorists. Their desire was to not take the name of their God in vain, by calling themselves Christians, but rejecting the teachings of Jesus.

Did they respond violently when faced with violence and torture? Is this proper as a general application to what Jesus taught? If Christians are to emulate their Savior, then how did Jesus respond when beaten, tortured, and executed? Was Jerry right?

Here’s what the early Christians who came directly after Jesus wrote:

“We have come in accordance with the counsels of Jesus to cut down our warlike and arrogant swords of argument into ploughshares, and we convert into sickles the spears we formerly used in fighting. For we no longer take ‘sword against a nation,’ nor do we learn ‘any more to make war,’ having become sons of peace for the sake of Jesus, who is our leader, instead of following the ancestral customs…” -Origen (185-254 AD)

“Above all Christians are not allowed to correct by violence sinful wrongdoings.”

“None of us offers resistance when he is seized, or avenges himself for your unjust violence, although our people are numerous and plentiful…it is not lawful for us to hate, and so we please God more when we render no requital for injury…we repay your hatred with kindness.”

“[Christians] love all people, and are persecuted by all; they are reviled, and they bless; they are insulted, and are respectful.” -Epistle of Mathetes to Diognetus (late 2nd Century)

“Say to those that hate and curse you, You are our brothers!” -Theopholis of Antioch (185 AD)

“We Christians cannot endure to see a man being put to death, even justly.”

“The teaching of these words is this: Bless those who curse you, and pray for your enemies, and fast on behalf of those who persecute you: for what thanks will be due to you, if ye love only those who love you? Do not the Gentiles also do the same? But love ye those who hate you, and ye shall not have an enemy.” -The Didache-the teachings of the twelve apostles (80 AD)

“Christians, instead of arming themselves with swords, extend their hands in prayer.”

One thought on “Jerry or Jesus?”