What does it mean to be a Christian? Part of it means the fulfillment of God’s command to “fill the earth and subdue it.”

Paul writes in Ephesians that the purpose of our salvation, or our being “created in Christ Jesus,” is for the purpose of doing the good works that God has prepared for us.

“For by grace you have been saved through faith. And this is not your own doing; it is the gift of God, not a result of works, so that no one may boast. For we are his workmanship, created in Christ Jesus for good works, which God prepared beforehand, that we should walk in them.” (Ephesians 2:8-10)

Being a Christian requires movement. It requires action.

“And God blessed them. And God said to them, ‘Be fruitful and multiply and fill the earth and subdue it, and have dominion over the fish of the sea and over the birds of the heavens and over every living thing that moves on the earth.’ And God said, ‘Behold, I have given you every plant yielding seed that is on the face of all the earth, and every tree with seed in its fruit. You shall have them for food. And to every beast of the earth and to every bird of the heavens and to everything that creeps on the earth, everything that has the breath of life, I have given every green plant for food.’” (Genesis 1:28-30)

God tells them he has given them not only the plants, but also the seeds necessary to reproduce those plants, so that humans and animals could reproduce, fill the earth, and bring it under submission for the glory of God. They were to set about recreating the entire planet in the same way God had created  the perfect environment in the garden where he placed them: Eden. However, we read in Genesis 2 that the first humans decided they would rather stay in the garden than obey God’s command to move: to fill the earth and subdue it.

Genesis 2 tells us there were two specific types of trees that God caused to grow in the garden. We don’t know how much time passed after the first humans were created, but we do know that Adam and Eve were still hanging around those trees in the garden rather than obeying God. Maybe they just wanted to enjoy the safety of the place where they were comfortable, the place they had always known. We know that remaining in the garden in Eden eventually led to their downfall and they were forcibly required to leave and go out into the world. What people often miss is that this command is repeated again, although worded differently, thousands of years later. The person whom the Bible calls the “new Adam,” Jesus, gave this command to his disciples who had been following him for years.

“And Jesus came and said to them, ‘All authority in heaven and on earth has been given to me. Go therefore and make disciples of all nations, baptizing them in the name of the Father and of the Son and of the Holy Spirit, teaching them to observe all that I have commanded you. And behold, I am with you always, to the end of the age.’” (Matthew 28:18-20)

Jesus was renewing the command that we see in Genesis. He told his followers to fill the earth and subdue it. He had equipped them with the teaching and hands-on experience they needed in order to fulfill God’s original command; now they were to fill the earth by reproducing more followers of Christ and subdue it by continuing the the good works that God commanded.

Following Christ means that we move toward the fulfillment of the command to fill the earth and subdue it. Only this new “filling and subduing” means we are reproducing followers of Christ and subduing things like poverty, human trafficking, racism, the enslavement of immigrants, and any other form of injustice.

Too often, we as Christians choose to disobey Jesus’ command to go out into the world, just as the first humans disobeyed God’s command to do the same. We get too comfortable staying huddled up in our churches and trying to analyze every word of scripture or committing ourselves to some kind of deep spirituality. All of scripture from Genesis to Revelation points to God’s children as doing two things: filling the earth with his image (humans) and subduing it in a way that aligns it with his Kingdom.

Christianity requires movement. When we commit to following Christ we are not committing to taking up yet one more seat in a weekend church service, we are committing to love all people and demonstrate God’s love in the world. It means we are no longer able to turn a blind eye; we are to go about setting into motion those things which God says are right. It means we no longer ignore the outcasts of society – the lonely, the orphaned, the widowed, and those who are forgotten or deemed worthless in our culture and our world today. We bring glory to God when we subdue those issues and mindsets and bring them into alignment with the Kingdom of our loving Father.

It means, just like the first humans were not created to sit around the garden, we don’t get to sit or stand comfortably in our church buildings with our friends and family. It means we reach out and impact the lives of others, and welcome them into our church communities.

Being a Christian requires movement. 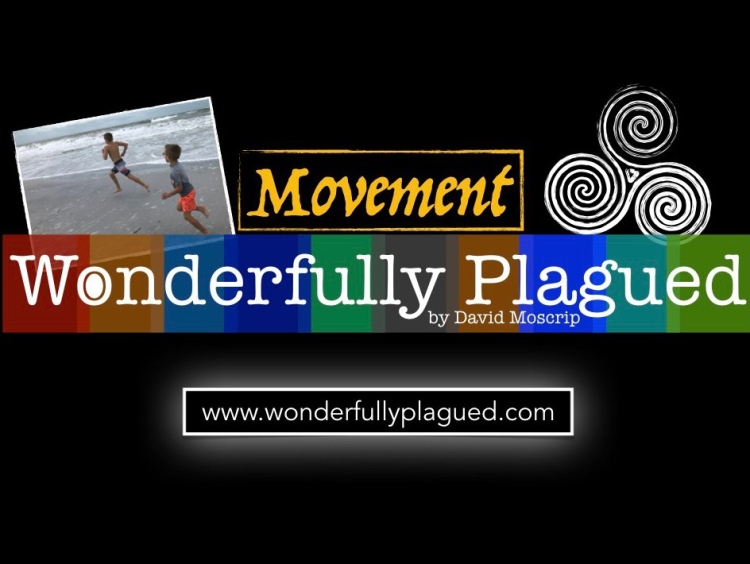